A Fun Way to Meet Someone New 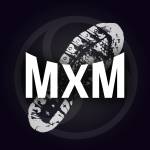 I pulled into the mall parking lot and texted Jake, letting him know I had made it. I got a text back from him saying he was there as well and asked me how daring I was....

I sent back a message asking him where he was and why he wanted to know how daring I was. A minute or so went by before he sent me another message and from the length of it, I could see why it took a little bit. He asked me if I was daring enough to do something and explained what it was. Normally there would be no way in hell I would consider doing anything like that, but I was two hours from home, so if anyone saw me, they wouldn't know who I was. I sent back a message telling him I would and gave him a little stipulation. He agreed and told me he was around the back side of the mall and gave me the pole number that was near him. I made my way around the mall and saw the pole that he was parked near. There were actually quite a few vehicles in the area, but no one was in them. I passed Jake's truck and parked a half dozen or so spaces away. Part of his request was to meet barefoot, do I did as requested and took off the sneakers and socks in the truck before getting out. I walked the few spaces to Jake's truck, keeping my phone in front of me as if I'm paying attention to it and not where I'm going. My eyes however were watching where I was going. Jake is there working on something underneath the truck. His head and arms were underneath the truck, so I only saw from the chest down. He had on a pair of cut off jean shorts and a green t-shirt that had slid up, showing a good six inches of belly.

In my mind I was still a bit hesitant about it, but I pushed through it, phone still in front of me, making it look like I wasn't paying attention. I walked between Jake's truck and the car beside him. When I got to Jake, I lifted my foot up a bit higher and set it down right on his stomach. I didn't stop there, I just kept going, stepping my two hundred pounds onto his belly as I walked by. Damn that felt good too, my bare feet on his bare belly.

I got to the back of his truck and did a quick look around, then I turned around. Still "paying attention to my phone" my foot came up again, but this time it was on his chest. Again my two hundred pounds was being supported by Jake, as I walked across him, a little slower this time. I got to the front of his truck, and did the look around turn around thing one last time. Jake had changed one thing, I wasn't looking at six inches of belly, I was looking at the whole belly. Jake had to of pulled his shirt up exposing his belly. I walked back up to him, again setting a foot on his belly and stepping up again, but this time I brought my other foot down on his chest.

I was standing there on top of someone I had never met before, and he was fine with it. I had to keep one hand on his truck to help me balance, but I stood there for a minute or so before I felt his hand tapping on my leg. I stepped down off of him and walked around to the other side of his truck. I just leaned against the side of the truck for a few seconds until I heard Jake moving. I took a step towards the front of the truck and got down on the ground myself. I looked over and Jake had gotten out from under his truck and was just sitting on the ground beside the truck. I moved around and positioned myself so that my head was under the truck, as if I was working on it as well. I looked over and he was getting up to his feet.

I watched as his feet walked around the back of the truck and towards me. When he was just a step or two away, I looked straight up and closed my eyes. Never having been stepped on before, I wasn't quite sure what it was going to feel like. Yea, I just stepped and stood on him, but two hundred pounds is a little bit different than two hundred eighty pounds. I felt his foot across my stomach and instantly tensed up. I then felt some pressure, but just some.

Granted I had never been stepped on before, but I knew there was no way that there was two hundred and eighty pounds pressing down on my gut. I let my body relax, picked my head up a little and opened my eyes. His foot was resting on my gut, but his other foot was still on the ground. His foot started moving back and forth across my stomach. I want sure what he was doing, I was expecting him to just step up on top of me, but instead he was giving me a bit of a belly rub with his foot. His foot went across my stomach a couple times, then started going up and down my stomach. His foot made one last slide up my stomach, then he lifted it off of me.

It was only in the air long enough to move down my stomach, onto bare skin, where he had shifted my shirt up with his foot. Without any warning or hesitation , as soon as his foot came down I knew what it felt like to have two hundred and eighty pounds stepping on the stomach, as I watched his other foot raise off the ground, slowly hover across me, and come down on the other side of me. I put my head back on the ground, closed my eyes, and couldn't believe it, I had actually just had a fat guy step on me. I began thinking that the two hour trip I had made to meet this guy was actually worth it. As long as we got it off once we actually meet we are going to be having a fun time. As I was thinking about it I had forgotten that he was coming back and before I knew it, his foot was sinking deep into my stomach.

I happened to let out a little grunt as the weight quickly shifted from the ground to my gut. His other foot again hovered over me as he walked by me, only this time it was a lot slower. It must have been about ten seconds before the weight eased off my stomach. I turned my head and watched him walk to the back of the truck. He turned around and stood there for a couple seconds before making his way back to me. His foot raised off the ground and came down on my chest. He then slowly shifted his weight onto my chest and lifted his other foot off the ground. That foot hovered over my stomach as he walked over me, but this time it stopped and settled down on my gut. This two hundred and eighty pound guy was totally standing on top of me, and damn was he heavy, but I was extremely enjoying it.

I wasn't sure how long he was standing there, I'd have to say it was about a minute before I tapped his leg and he stepped down off of me. I didn't want to move, I just wanted to lay there and absorb the after effects of what had just happened. I only laid there for a few seconds before slowly sliding out from under the truck and seeing this massive guy standing right there beside me. I say massive because I was laying on the ground and looking up at him made him look much bigger than I had expected. He reached his hand out and helped me to my feet. He thanked me and said he had always thought of meeting someone like that. I told him I was glad I could help and I enjoyed it as well. 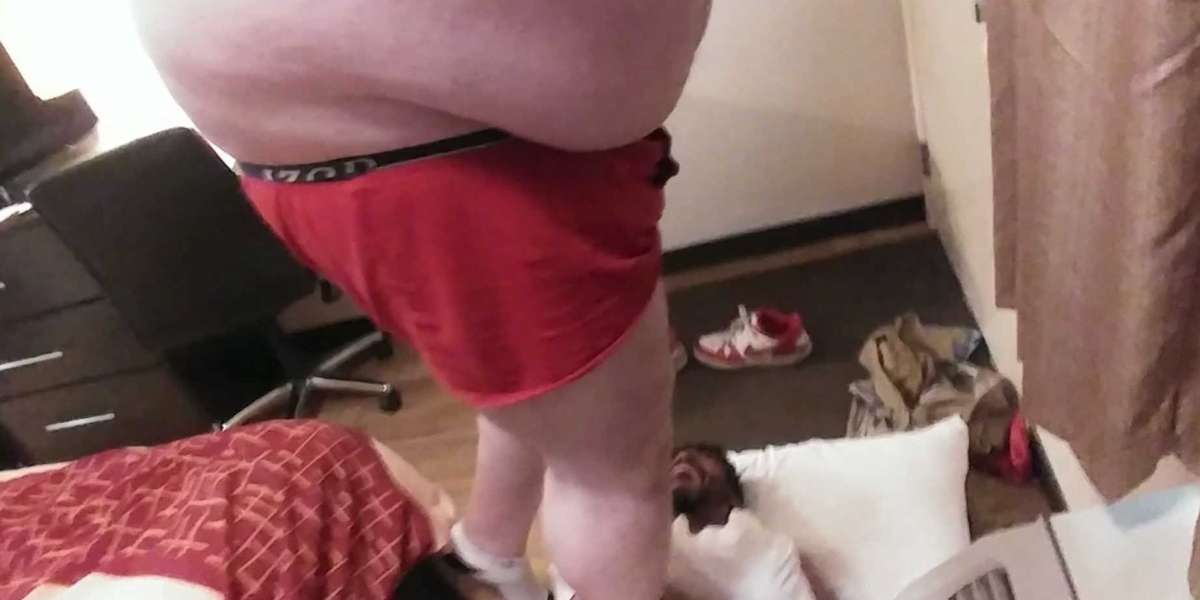 My experience with "Behemoth Master" - The Hots and the Nots 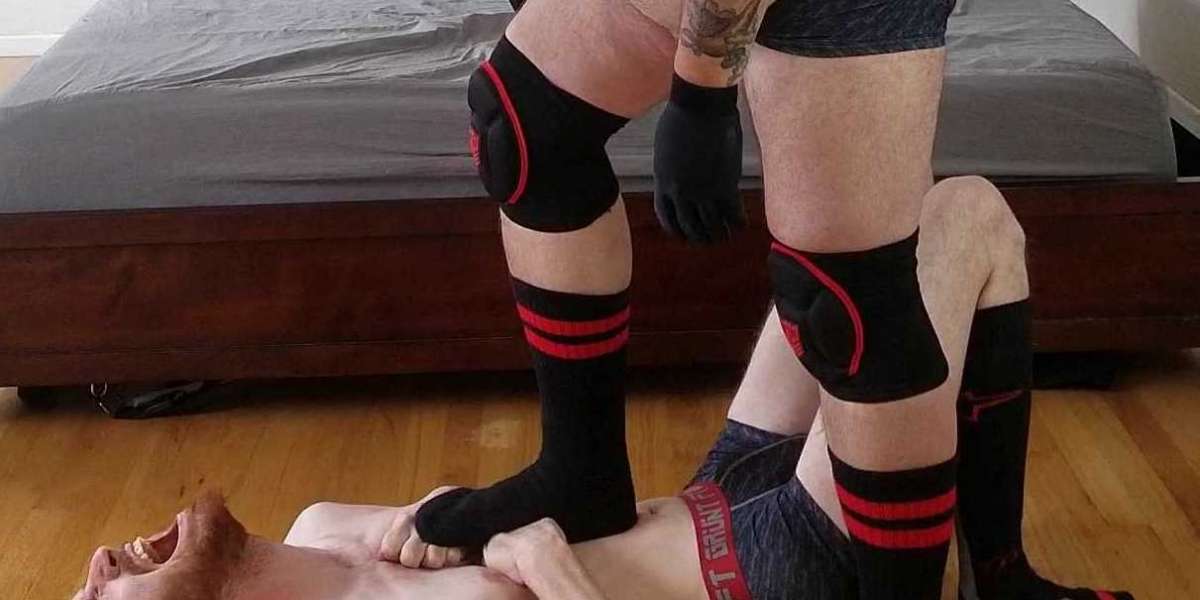 Trampling ~ Down to a Science?