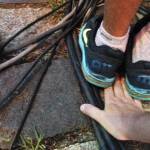 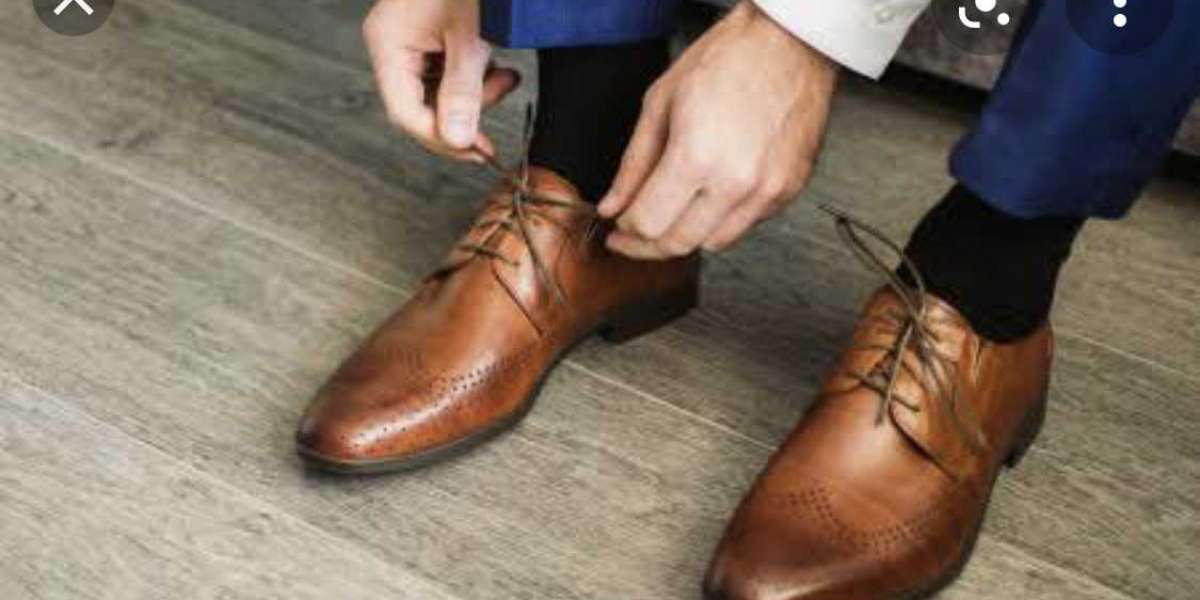 An old story about trampling and mindset!

STAFF
mxm_ifc
SEP 17 '18
Part II
PSYCHOLOGIST II
A week has been gone before the next session at Mr Boyd’s office, but it seemed to be ages.
I came to my regular session than he gave me a leave from my job for that day as well.
I took my place at the other patience’s feet.
So next was Ray, a basketball jock in his mid teens. The time he saw me at my position he looked confused but soon agreed to have me as his ratty Nike Air Force size 13 sneakers footrest. His soles were very well worn so they gave me a very good massage to my face. Several times in his session he looked at me, grinned and smashed my nose as stomping a cigarette.
When his session was over, he stood on me pushing my chest, belly and crotch under his 190 lbs, I believe.
Then came Richard, a stocky guy, with a very mean face. He was introduced to me and automatically put his 250 lbs on my chest and belly, made a turn on me and sat down. He was with a very cool pair of blues hiking sneakers (the ones which are very trendy now, with a thin sole and very aggressive look) .
Mid term section, he decided to take his shoes off and shove his sweaty sox sole on my face. I hate this stuff( sorry guys it doesn’t turn me on at all…) I felt I kept his feet’s smell for days… His session ended and I ended a very paiful endurance as well.
Then Eddy, an average build guy in his mid twenties, came for the next session and got a shock.
- What’s that, Dr Boyd?
- That’s a new treatment for this patient, try it! - What? Step on him? But I am almost 200lbs, I would smash him, I believe…- With that expression of I don’t want, but I want to…You know?
- Try
- Alright! – Then he slowly put his size 12 hiking boot sole on my face(!) and slowly leaned forward like he was rock climbing me!
- Wow! You act like you’ve done it before!
- No, but it is fun! Having a jerk as a doormat is very fun, doc!
- I know! And I believe it would be also good for your anger management treatment , right, Ed?
- Yep, it would, haha! – he said, while standing on me and looking me sadically.
That session was tough because this guy stayed most of time standing on me, even playing with my face like a ball. I could feel his mid worn soles bruising me , also could smell the very hot mix of dirt and rubber.
Last guy of the day was Derrick, a very cocky rich guy tall( must be at least 6’) and lean.
- Hey Doc, so you have a new cushion?
- Yeah, Derrick, try it!
- Ok! Than he sat down on a stool and demanded to be at his Nike Shox R4, size 10. .
- So you like to be at my feet, fag?-He then put his left sole on my mouth, not letting me to say anything. His soles smelled so good I had to try the taste. They tasted a very hot mix of rubber, dirt from the street and some sweet beverage he probably stomped on.
- Yeah , he does!Haha!I’m believing he loves! Dr Boyd said. He looked excited.
So Derrick just forgot I was there , moving his feet time to time sometimes adding more pressure, sometimes just tapping, I definitely felt I was nothing just a doormat.
Then Joey, Dr Boyd’s 19 year old son came to his dad’s office. This guy was very muscular , as he and Derrick spent all days at the gym, like every rich guy does at their age. He has a very nice pair of size 14 light blue adidas sneakers he used in the gym for a while.
- Hey guys! What’s up?
- Not much, Your dad just have a new doormat at his office, haha!- Derrick pointed to me.
- What a …- Is it right , dad?
- Yeah it is part of his treatment…- and explained everything to him, as he did all day…
- So… Can I?- Joey said, with a grin.
- Sure!- Derrick said, standing on my chest with both feet pushing my air out under his massive 280 lbs.
Joey than put his left foot on my stomach and the right on my tights, balancing his 260lbs That was amazing! Having 2 very muscular men stepping on me like I was a gym mattress! And I felt I was nothing else but a mattress!!!
Both guys must also feel good of stepping on me because they stayed for a while, talking and sometimes shifting their weight on me. Derrick decided to rest his right foot on my face forcing a bit to adjust his sole on my profile, which hurt a lot!
Joey saw my bulge and, without a word, put his right foot on it, pumping a bit, the others didn’t notice anything.
When they felt tired , they just climbed down, but Joey came on me up to my head and put his massive worn tread on my face , went full weight on it , almost breaking my nose( thank god his soles were worn already and they adjusted to my contour.) I could smell his sole, the smell was amazing!
After that I came home and could not sleep after all that happening! 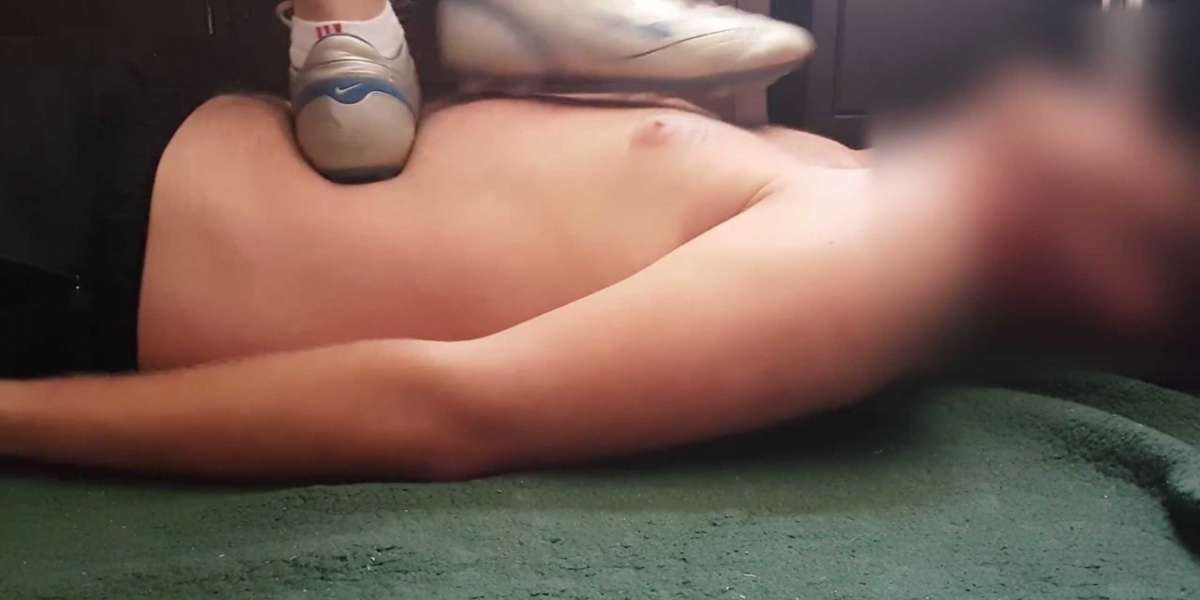 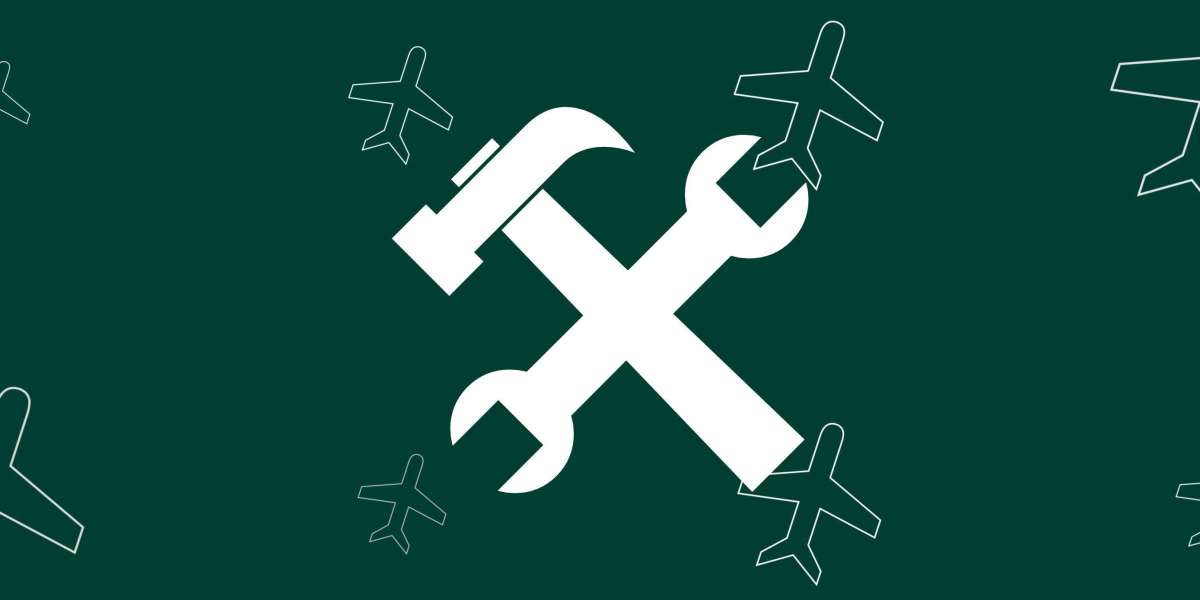 A Message from Logan and VJ

Surf’s Up, A Trampling Story 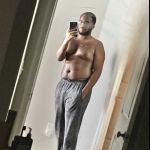 Seriously, such a great story. Thanks for sharing it!